Click again and it will enlarge a little more!

Castle Bromwich Hall is now a hotel with over 30 bedrooms. There is a restaurant and a bar for visitors and the hotel has rooms for weddings and meetings.

The hall was built in 1599 by Sir Edward Devereux, 1st baronet of Castle Bromwich. This was during the reign of Queen Elizabeth I.

(Devereux is usually pronounced with an 'oh' at the end - Dever- oh.)

Sir Edward was a man of some importance in the Midlands. He served as the Member of Parliament for Tamworth, was the High Sheriff of Warwickshire, Sheriff of Leicestershire and a Justice of the Peace for Warwickshire, a role similar to that of a judge.

Sir Edward died in 1622 and was buried at Aston church where you can see his tomb.

In 1657 the Devereux family sold the hall to Sir Orlando Bridgeman. He was an important lawyer who worked in the Government for both King Charles I and King Charles II.

Sir Orlando bought Castle Bromwich Hall to give as a wedding present to his son, Sir John Bridgeman I when he married Mary Cradock. Sir John began to make alterations to the hall: he had the big front porch built with its pillars and statues.

However, it was Sir John's son, Sir John Bridgeman II who built the hall the way it looks now. Like his father and his grandfather, Sir John was a lawyer, but he seems to have earned most of his money by taking rent from the land he owned in Castle Bromwich and elsewhere. Starting in 1710, he had an extra floor added to the two-storey building and built the stable block for his horses and carriages. Henry Beighton made the drawing (above) for Sir John.

After 1762 Sir John II's son, Orlando moved the family to his wife's house at Weston Park in Shropshire; this was a very much grander house than Castle Bromwich Hall.

The Bridgemans then rented out Castle Bromwich Hall to rich Birmingham business people. In order to attract the best tenants, work needed to be done on the hall to bring it up to a good standard. In 1825 George Bridgeman, 2nd Earl of Bradford had the famous Birmingham architect Thomas Rickman build a new kitchen block at the back of the house and carry out alterations inside the house. It was Rickman who built the tower, which has no use other than to look impressive, which it does.

George, the 4th Earl of Bradford

In 1870 some of the Bridgeman family came back to Castle Bromwich. Orlando Bridgeman, 3rd Earl of Bradford, was living at Weston Park. When his son George married Lady Ida Lumley, Orlando gave them Castle Bromwich Hall to live in. George and Ida both lived here all their lives.

Like his ancestors George, who was known as Viscount Newport until his father died, was involved in law and politics: he was the Member of Parliament for North Shropshire, Deputy Lieutenant of Shropshire and of Warwickshire and a Justice of Peace for Shropshire, Staffordshire and Warwickshire.

George and Ida knew many important people. King George V and Queen Mary and other members of the royal family stayed with them at the hall. Prime Minister Disraeli also visited them here. The 1891 Census records that there were 19 servants living in the hall.

Lady Ida Bridgeman was known as the Countess Dowager of Bradford after her husband died; local people called her Lady Bradford and hall became known as Lady Bradford's (Hall). She died in 1936 and was the last person to live in the hall full-time.

After Lady Ida died the hall was rented out her son, by the 5th Lord Bradford (who lived at Weston Park) to various companies for use as offices. 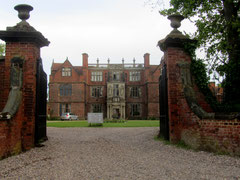 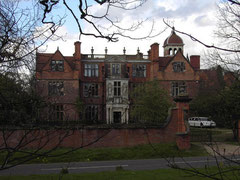 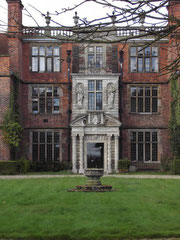 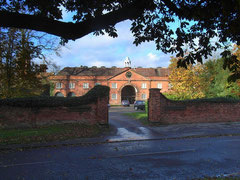 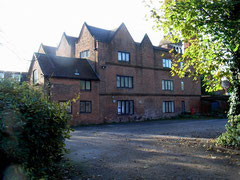 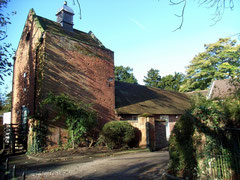 Lords of the manor of Castle Bromwich

From Castle Bromwich Hall follow the Chester Road round towards the church.

Just as you reach the church gate turn right into Rectory Lane for the second stop on the Castle Bromwich Village Trail.

Nos. 1 & 3 Rectory Lane were built in 1897, designed by Charles Bateman, the well-known Birmingham architect. Bateman built the houses for himself and for his father John J Bateman who was also an architect.

Both of them were interested in the architecture of earlier times, especially the Middle Ages. Charles designed their new house in the Arts & Crafts style taking his inspiration from Tudor architecture.

J J Bateman lived in No.1, Birnam, while C E lived in the attached house No.3. He called it Millbrick because he used the bricks of Castle Bromwich Mill to build it. The watermill had stood on the River Tame where the M6 motorway crosses Chester Road and had just been demolished.

On the opposite side of Rectory Lane is a house that used to be the Rectory. It was built in 1900 and was also designed by C E Bateman. George, 5th Earl of Bradford, who lived at Castle Bromwich Hall, paid for it and gave it to the church. It was sold as a private house in 2000.

The rectors who lived here were Rev Harker, Rev Bickersteth, Rev Malleson, Rev Forbes, Canon Brooke, Father David White and Canon Christopher Boyle. (Before that the Rectory was a house which stood at the back of Birnam which is no longer there.)

In Kyter Lane is Old Walls, another house designed by Charles Bateman. 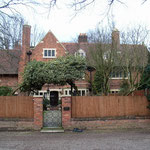 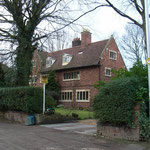 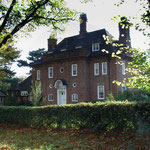 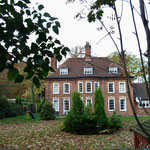 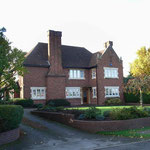 Find out more about C E Bateman on Birmingham Conservation Trust website. Click the image to open on a new page.

Click here to go to the next part of the Castle Bromwich Village Trail.

Click here to go back to the beginning of the Castle Bromwich Village Trail.