(For the earlier history of Castle Bromwich Hall, go back to the Tudors and Stuarts.)

In 1657 a wealthy government lawyer, Sir Orlando Bridgeman bought Castle Bromwich Hall and the manor for his son, Sir John Bridgeman I.

Although the hall was less than 60 years old, Sir John immediately began making alterations to the hall to modernise it and make it larger.

He had an architect from Sutton Coldfield, William Wilson build him a grand three-storey porch with columns, statues and his coat of arms above.

The date 1719 can be seen on the front of the hall. At the rear of the hall a bakehouse and brewhouse were built as well as a dovecote in 1725 to house 800 birds for eating. The stable block was built in the 1730s.

Sir John also had the gardens laid out in the formal style that was in fashion at the time. In the second half of the 20th century they were abandoned and became overgrown. But they have now been restored largely in the style shown in the picture at the top of the page. And they are open to visitors.

The picture at the top of this page was drawn by Henry Beighton in 1726 before the hall was finished. The stables are not shown as they finished up. And neither is the church, which Sir John also had rebuilt.

Photographs below (top row) by Tony Hisgett on Flickr reusable under Creative Commons. 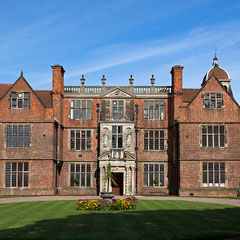 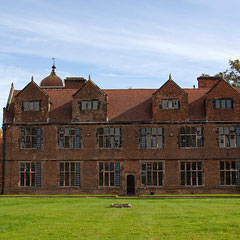 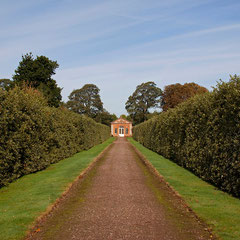 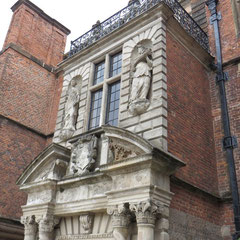 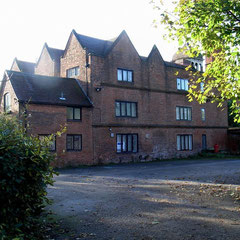 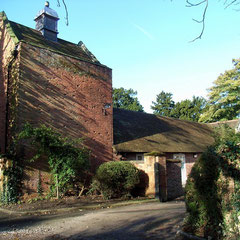 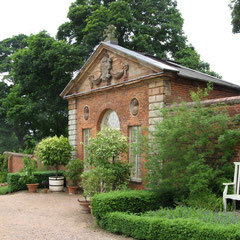 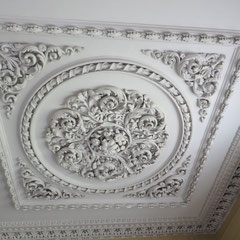 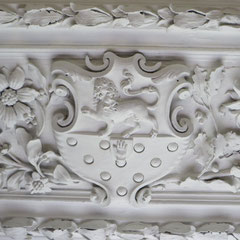 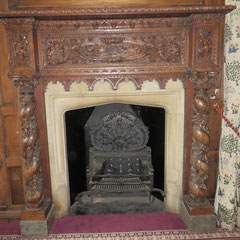 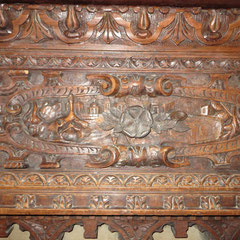 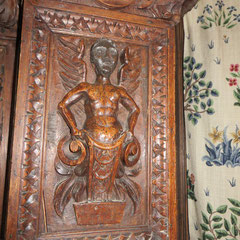 Sir John II’s son Orlando married Anne Newport. And in 1762 she inherited Weston Park in Staffordshire, a much larger house with a much bigger estate than Castle Bromwich.

So the Bridgemans moved to Weston.

After the move Castle Bromwich Hall was rented out.

Samuel Garbett was the first tenant. He was a friend of the famous Birmingham industrialist, Mathew Boulton and an important person in Birmingham politics. He was extremely wealthy making his fortune by manufacturing sulphuric acid and refining precious metals. Castle Bromwich Hall was ideal for him. He could show off his wealth and be near to his factories in Birmingham - he could be in town on horseback in half an hour.

Find out more about Castle Bromwich Hall Hotel by clicking on the image (left). Their website will open on a new page.

Do you want to find out more about Castle Bromwich Hall Gardens?