Whateley Hall - some of its residents

In 1851 William Newton was living at Whateley Hall with his wife Mary and their six children. He was a partner in the successful business of Newton, Johns & Willis, a firm trading in Irish linen, silk and church furnishings.

Frederick Knight lived at Whateley Hall by 1881 with his wife Clara and their three daughters.

In 1862 Frederick had set up the paper making company in Birmingham, Messrs. Smith, Stone and Knight (SSK) Ltd with Thomas Bird Smith and John Benjamin Stone (brother of his wife Clara and of the famous photographer Benjamin Stone) one of the largest producers of brown paper and paper bags in the country. Also living in at Whateley was a ladies’ companion, a coachman, a cook and a servant.

(Smurfit Kappa SSK Paper Mill still exists at Nechells and is the now the only paper mill in the West Midlands.)

For information about the demolition of Whateley Hall and the building of a housing estate on the site in the 1930s, click here.

The launching ceremony was carried out by one of Frederick Knight’s daughters.

We don't know which one: Clara, Beatrice or Linda.

So why was this? The ship was named after the Knight's family home in Castle Bromwich because Frederick Knight was a major investor in the shipping company.

The ship's first voyage was to Egypt with coal and then to Rotterdam with grain. In 1917, during the First World War, ‘Whateley Hall’ was attacked by a German submarine near Gibraltar but she survived. The ship was sold in 1925 and renamed 'York River', later ‘Ronchi’ and later ‘San Matteo’. In 1937, en route from Poland to Italy with a cargo of coal, she was wrecked in a storm on the Baltic Sea and all of her 40 crew were drowned.

Strange to say: The ship sank to the bottom of the sea just one year after the house called Whateley Hall was demolished to make way for the Whateley Hall housing estate. 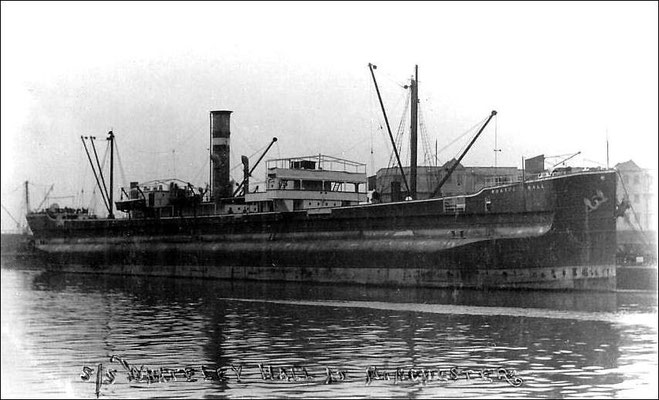 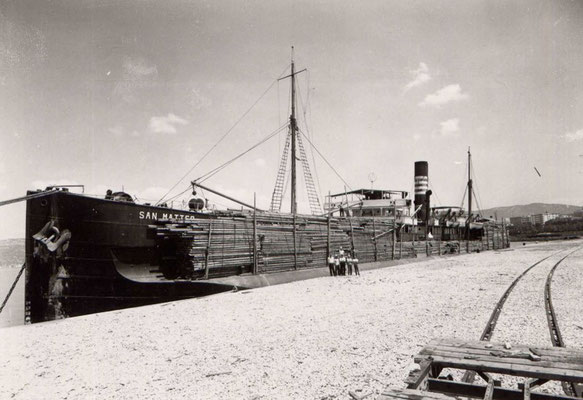