From 1920 until 1958 nowhere in the country welcomed more visitors than Castle Bromwich. The British Industries Fair in Castle Bromwich was the busiest exhibition centre in Britain.

The first British Industries Fair was held in London in 1915 following the outbreak of the First World War. Before the war many goods had been imported to Britain from Germany; the Fair was designed encourage British businesses to produce and sell the goods themselves.

The Fair was open for two weeks every year and each year it grew bigger. By the 1930s more than a thousand exhibitors showed off their goods at Castle Bromwich.

More and more buildings were put up alongside of the Birmingham-to-Derby railway line with an entrance on the Chester Road. Exhibitions were held at Castle Bromwich and in London for two weeks in Spring every year from 1920 until 1957 (except during World War 2) and were very popular with the general public.

The fair was known across the globe. An Australian newspaper described it as 'the greatest trade fair in the world.’

Special trains were run to the Fair from London as well as air services to Castle Bromwich Aerodrome. Many important guests came, including King George V and Queen Mary in 1928, and many stayed at Castle Bromwich Hall with Lord and Lady Bradford.

The purpose of the BIF was said to show the word what the words 'British Made' meant, 'showing the world the strength of British industry, the craftsmanship, the design and the quality.' You could buy anything from a teddy bear to a needle to a piece of heavy machinery weighing many tonnes. And there were visitors from almost every country in the world.

Click the images below to enlarge them and read their captions.

Two of these are Castle Bromwich FIRSTS! 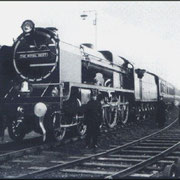 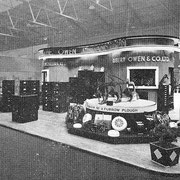 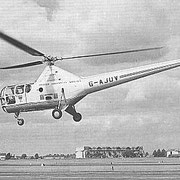 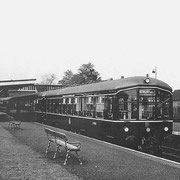 In the 1950s British firms began to take their goods to exhibitions abroad instead of expecting foreign visitors to come to Britain. Fewer companies wanted to exhibit at the BIF.

The last exhibition was held at Castle Bromwich in 1957.

In 1960 the land of the Castle Bromwich BIF was sold to Birmingham City Council in 1960 who began to build the Castle Vale housing estate, which was the largest in the country at the time.

But plans were already being made for a new exhibition centre in Birmingham. The National Exhibition Centre next to Birmingham Airport was opened by the Queen in 1976.